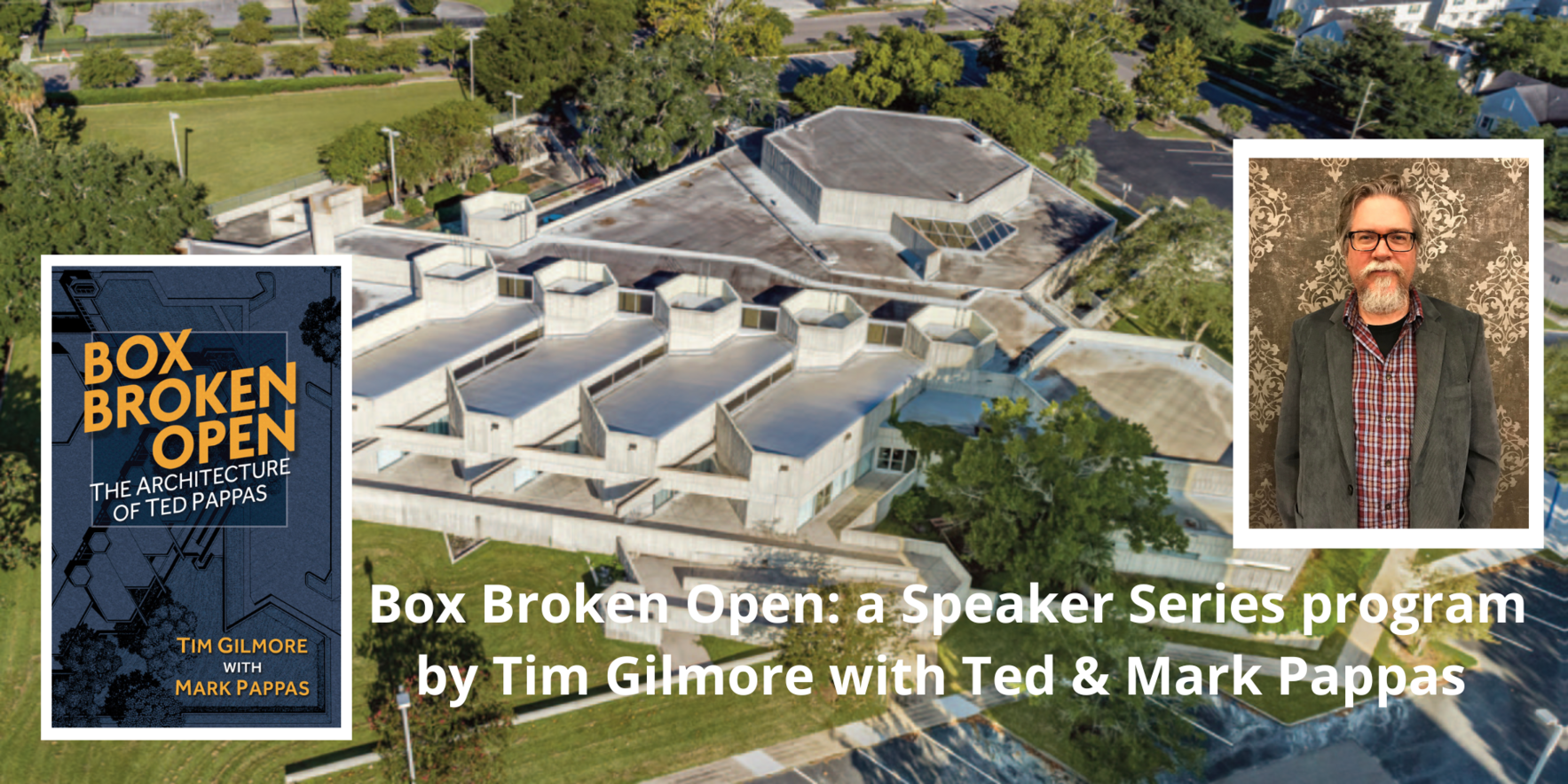 Jacksonville architect Ted Pappas designs a building to be of its site, not on it. He brings the outside inside. Much of his work focuses on spaces of contemplation such as libraries and churches. Influenced by Frank Lloyd Wright, as well as Mid-Century Modern architects and proponents of Brutalism, Pappas often unites ancient tradition with contemporary vision.

Tim Gilmore is an author of books about the history of Jacksonville, and writes non-fiction stories for his website jaxpsychogeo.com. He is an English professor at Florida State College at Jacksonville.

Social Hour and Book Signing: 6-7 p.m.
Presentation: 7-8 p.m.
Free to current members of the Jacksonville Historical Society; non-members, suggested donation $10.
Tickets can be purchased here or at the door.

Support us with a donation.