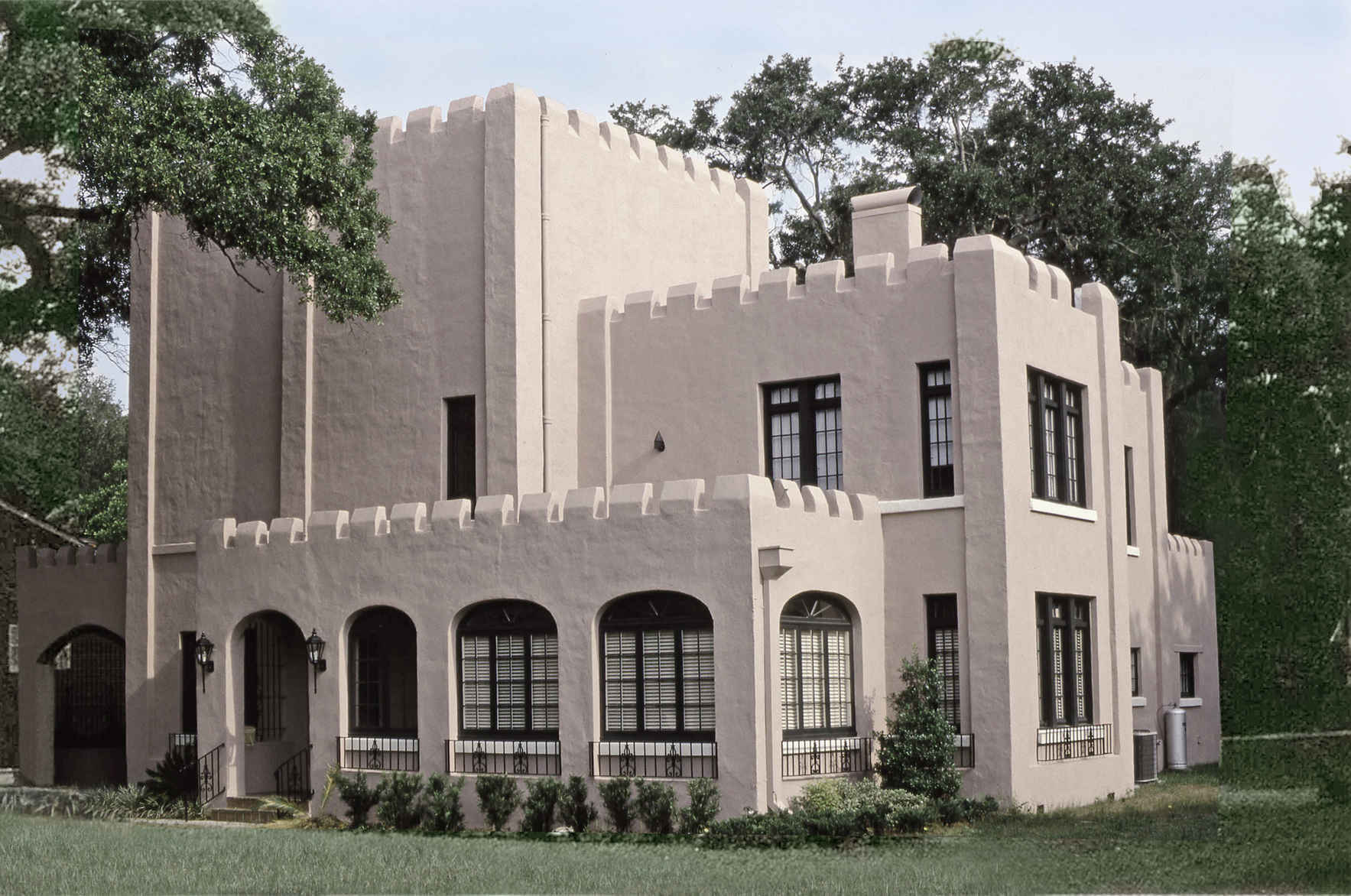 This unique event provides an opportunity to personally experience one of St. Augustine’s architectural treasures. In a city filled with conspicuous landmark buildings, the “Pink Castle” is one of the most distinctive and eccentric. It was built in 1922, designed by sculptor Charles Adrian Pillars as his own home and studio. Pillars was acknowledged as Florida’s greatest sculptor and is most renowned for his spectacular bronze winged youth rising above a globe in Jacksonville’s Memorial Park. That sculpture is entitled LIFE, which is also the name of a fascinating new biography by Dr. Wayne Wood. The program will be highlighted by a slide-illustrated lecture on Pillars and the Pink Castle by Dr. Wood, the Jacksonville Historical Society’s Historian-at Large, and includes a balcony concert by renowned violist Marcy Jean Brenner, the current owner of the house. Parking available at the Church of the Nazarene, 6 May Street.

Dr. Wayne Wood, Hon. AIA – Award-winning author and historian, Wayne has been at the forefront of preservation efforts in northeast Florida for over four decades. LIFE: The Untold Story of Charles Adrian Pillars is his fourteenth book, and among his other works are the classic Jacksonville’s Architectural Heritage: Landmarks for the Future and The Great Fire of 1901. In 1974 he founded Riverside Avondale Preservation, one of the largest neighborhood preservation groups in the South, and he is also founder of the Riverside Arts Market (RAM), a massive weekend marketplace for artists, local farmers, and entertainers. Folio Weekly called him “The Most Interesting Man in Jacksonville.”

Marcy Jean Brenner – A true Renaissance woman and fluent in both German and English, Marcy decided on harpsichord and viola da gamba during her time at Oberlin College, where she graduated with a Bachelor of Arts in German, and a Bachelor of Music in harpsichord. Afterwards, Marcy continued her study on the viola da gamba as a Fulbright Scholar at the Universität für Musik und darstellende Kunst Wien and Conservatoire Royal de Musique de Bruxelles. Since then, Marcy has performed professionally across the United States and Europe. Her other instruments include but are not limited to the hurdy-gurdy, viols of all sizes, and she also sings with the fourth highest internationally ranked Sweet Adeline's Chorus singing barbershop harmony.